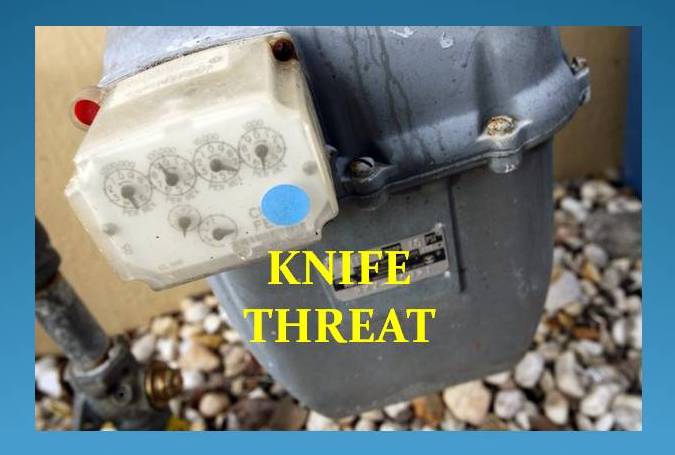 Ocala, Florida — A Teco gas employee was checking a gas line at an unoccupied building in Berkshire Oaks where he parked his Teco truck at the rear of the building when he was threaten with a knife.

According the Ocala Police Department, he walked to the front of the building to get the address and when he returned to his truck there were two black males and one white male waiting for him.

One of the black males asked for money and when the Teco employee said he didn’t have any, the other black male pulled out a tiny folding knife, pointed it at the employee and said, “you better find some money.”

The Teco employee then pulled out a much larger knife and said, “I will defend myself,” at which time the suspects fled on foot.

Reportedly, the white male did not speak during the encounter.

The black male that brandished the knife is described as 5′ 09″, short hair, black shirt and black shorts, wearing an Oakland Raiders ball cap with sunglasses.

The second black male was described as 5′ 09″ with dreads to his shoulder, white T-shirt and blue shorts with sunglasses.

All tips can be completely anonymous.