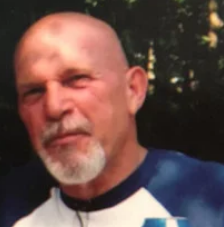 Day is done, Gone the sun, From the lake, From the hill, From the sky. All is well, Safely rest, God is nigh. Thanks and praise, For our days, Neath the sun, Neath the stars, Neath the sky, As we go, This we know, God is nigh. A Funeral Mass for Mr. Gerald Lambert will be held on Thursday, October 17, 2019 at 11:00AM At St. Mary of The Lakes Catholic Church, Eustis, FL located at: 218 Ocklawaha, Eustis, FL 32726. Gerald “Jerry” N. Lambert, February 22, 1950 – October 11, 2019. He was predeceased by his parents Alberta Dubois Lambert and Flavien Lambert, his sisters; Doris Lambert Cibor and Claudette Lambert. He is survived by his wife Roxanne D. Busald Lambert, they were married for 24 years, his sister Yolande Lambert Hesketh and her husband Fred, brother David and his life partner Patricia Thomas, brother Dennis Lambert (Linda Young) , 11 nieces and nephews, along with numerous great nieces and nephews. Jerry was born and raised in Providence Rhode Island, he was proud and privileged to serve in the United States Marine Corp. After being honorably discharged he became a Providence Policeman. He was active in the Fraternal Order of Police. In 2005, he and his wife purchased a 5th wheel they traveled across the US of A, visiting 45 of the 50 states, along with some parts of Canada. In 2016 they decided to become snowbirds, spending 6 months in Florida and 6 months in Massachusetts. While in Florida, Jerry enjoyed playing bocce, shuffleboard , dancing on Saturday evenings and socializing with his other snowbird friends. During his time in Massachusetts, he enjoyed visiting with his family and friends in Connecticut, Massachusetts & Rhode Island. Let us not forget he didn’t give a rat’s ass, had an ever present cigar and a 4 o'clock Manhattan. He was loved by many and will be greatly missed.

Please share a condolence, photo or memory of Gerald. We welcome all condolences that are positive and uplifting that will help family and friends heal.

Please share a condolence, photo or memory of Gerald. We welcome all condolences that are positive and uplifting that will help family and friends heal.